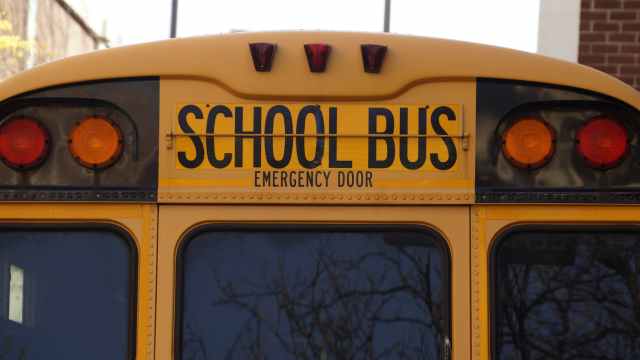 This year reports of late buses began the first week of school: frustrated, upset, and expect late buses.  Now some parents are fed up with continued problems of late or no-show buses into the seventh week of school, according to an ABC Actions News report.

History tells us one reason Hillsborough County school buses are late is driver shortages, yet in 2017 school district leaders were discussing how bell times were causing late buses.

On August 30, 2018 Candace Aviles reported that Tanya Arja, HCPS spokesperson, explained the district needed more drivers and was also trying to increase their pool of substitute drivers; that a driver shortage “could be adding to [bus] delays…”

On February 22, 2016 Sarah Rosario reported on late buses and Tanya Arja explained when drivers are on extended leave or call out sick and there are not enough drivers, then buses can be late.

In 2013, Danielle Hauser, Tampa Bay Times, reported what she was told about late buses:

A woman explained to me that they were short 10 bus drivers in our area, and until they could hire those drivers, some buses would do double runs.

Nothing seems to be different except bell times–buses have continued to be late or missing. Why isn’t the district reporting weekly late bus statistics compared to last year; is it better, the same, or worse?

CitizensLighthouse questioned the validity of changing bell times to fix late buses in April 2017, noting the causes for late buses summarized by Gibson Consulting Group did not appear to be fixed.  Are those problems fixed?

While this could reduce the gap between the number of drivers needed and the number they have, the school district was still short drivers as of August 30.  Did changing bell times solve that problem?

According to Cindy Stewart, increasing the time between bells (elapsed time) is also a recommendation by the Council of the Great City Schools (CGCS), a national organization.  Their tagline is The Nation’s Voice for Urban Education.  Where is the report from CGCS that explains the reasons for that recommendation?

Susan Valdes, also on the Hillsborough County School Board, is listed as a 2017-2018 CGCS Executive Committee Member.

Cindy Stewart seemed to turn to CGCS in the School Board meeting on April 25, 2017 (time marker 2:16:47) before voting to approve the change in bell times:

I don’t believe the Gibson Report, Ms. Snively, is the first time that we’ve heard this…Council of Great City Schools brought this to us…the School Transportation Improvement plan had it in there as well…we will still have 10,000+ students late, next year [2017-2018], every day…

The problem with that statement is the Gibson Report recommended bell changes to cut costs.  Did some school board and district leaders conflate cost issues with late bus issues when this decision was made?  Melissa Snively was the only vote against changing bell times at this meeting.

Cindy Stewart also stated at that meeting “…bell times is not a transportation conversation.  This is an administrative conversation…”

Bell schedule optimization is an operations problem because of its intimate relationship with bus routing.  In operations research these are commonly known as routing and scheduling problems.

When the district turns to state or national organizations (CGCS) for answers, the first question should be: Why can’t our staff solve the problem?

Has the bus driver absentee rate of 10% that Chris Farkas referenced in the April 25, 2017 board meeting been reduced?  How many students does that absenteeism rate impact if the district is still short both drivers and substitutes?

In April 2017 Superintendent Eakins posted a video implying the late bus problem was because certain bell times were too close together, referencing that we lack the standard number of minutes for drop-off and pick-up.

Eakins stated “across the State of Florida the standard is at least 55-75 minutes between bell times…”.  While some districts have instituted this hour-long (55-75 minute) elapsed time recommendation, not all districts have adopted this standard.

One size does not fit all.  We need winning solutions for getting students safely to and from school on time, and at a reasonable hour.

When the school district makes a change impacting all of its customers (change in bell schedule) they should provide the reports and statistics regarding the outcome of the communicated purpose. The purpose for the bell time change stated by Eakins: “At the heart of this decision is the need to secure appropriate instructional minutes for all our students”.  The concern is that students lose instructional minutes when buses are late.  Did the district establish a measurable target when they implemented this change? What are the results and have they met their stated goal?