Does Captain Underpants Belong in Any School Library?

Take a “look inside” a few books from the Captain Underpants series on Amazon or at a library. In Captain Underpants and the Sensational Saga of Sir Stinks-A-Lot (published in 2015 after the series placed #1 on the Top Ten Most Challenged Books) a teacher in the foreword comic strip says “Let’s get nekkid” while the next page depicts male and female teachers in their undergarments.   Chapter Two goes on to demean “…grouchy old people who have way too much time…” because the use of poor language was criticized in this book series.  The author then emphasizes a list of some specific words that these grouchy old people find offensive.  The author also references “grouchy old people” with the acronym “GOP”.  The author explains how certain topics relevant to grouchy old people will be included, such as “Fox News” and aids like “laxatives” and “hemorrhoid pillows” (16).

It appears the author is playing politics to pigeonhole any critic as conservative.  Any responsible parent or concerned citizen would likely not agree with a book that exemplifies crude, inappropriate, disrespectful, and moronic behavior and language.  It also appears the author is attempting to use Fox News as a label to isolate criticism of the books to a political ideology, instead of any well-meaning parent or citizen that sees what poor examples these books set for children.  Has the author tried to turn criticism of these books into a political matter when it is really an ethical matter?

Hillsborough County has over 250 copies¹ of this particular book title in the Captain Underpants series in their elementary school libraries.  Bay Crest Elementary School held nine copies of this book (at the time of the title search) and all were shown as checked out.  Hillsborough County School Libraries have procured books that appear to (not so subtly) attack an entire political party. 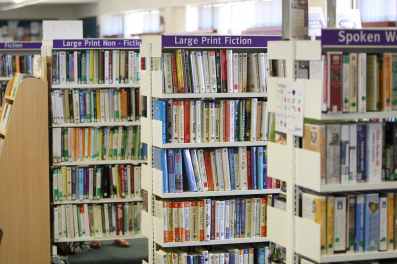 Does this mean Hillsborough County is taking sides with a particular political ideology?  Are they supporting a negative viewpoint of any critic by allowing so many copies of this book in the district; a book that introduces an unbalanced point of view on young and impressionable children?

If a teacher would not be allowed to say these things about “grouchy old people” in a classroom, then why should a child read it in a school library book? Does contextualizing “grouchy old people” in this way create the right framework for teaching young children how to have mature and civil discourse when they disagree with others?  Does it teach children to personally disparage others with whom they disagree? Does it teach children to respect adults?

The comic strips in this series employ the incorrect use of capital letters and incorrect spellings excessively, as humor?  This series targets a young age group that is trying to learn how to spell and properly use lower and upper case.  While it isn’t in the prose, it is still there as a model for children.

Captain Underpants and the Attack of the Talking Toilets incorporates misspellings into its foreward comic strip: “PoRed” (instead of poured), “uNderpanTses” (underpants), “SeRvise” (service), “AnounsemenT” (announcement), “hipnoTized” (hypnotized), “Thier” (their), “exsept” (except), “princiPel” (principal).

Are these books the best choices for our children?  As a community, it does not seem we are making “good choices” or “healthy choices” for children.  It is every citizen’s  responsibility to be aware and educated about what our children are taught and to improve the status quo.  When, as a whole, we do not speak up, that is complacency and acceptance of the choices being made for us and the children in our community.

When one child says “I don’t read those [Captain Underpants] books because they look stupid and I wonder what someone might think of me when they see me [reading it].”, that seven year old has now made a better choice than the adult(s) who chose to place that book in the school library or classroom.  Kudos to that kid!

1 Based on manual counts in Fall 2017 of each barcode listed under a HCPS Library title search.

Pilkey, Dav. Captain Underpants and the Attack of the Talking Toilets. Scholastic, 1999.

—. Captain Underpants and the Sensational Saga of Sir Stinks-A-Lot. Scholastic, 2015.